Today we are happy to launch a new season of the Philips OneBlade Cup Nordic. Once again we are set on crowning the best FIFA player in the Nordic region and reward the strongest performers with a total prize pool of 2 500 €.

How do I participate?

Do you have what it takes to win the Philips OneBlade Cup? Do not hesitate to sign up to represent your region on our Challengermode tournament page.

Every Nordic player is eligible to participate in this tournament for free.

The tournament is divided into three stages:

In the first tournament stage all participants are divided into four regions based on their nationality. The four regions are Sweden, Denmark, Norway and Finland.

The players then face off against each other in a double elimination bracket. The top 8 players from each region are qualified for the regional playoffs.

In the grand finals the four strongest players from each region face off in a single elimination bracket to decide the strongest FIFA player in the Nordics. 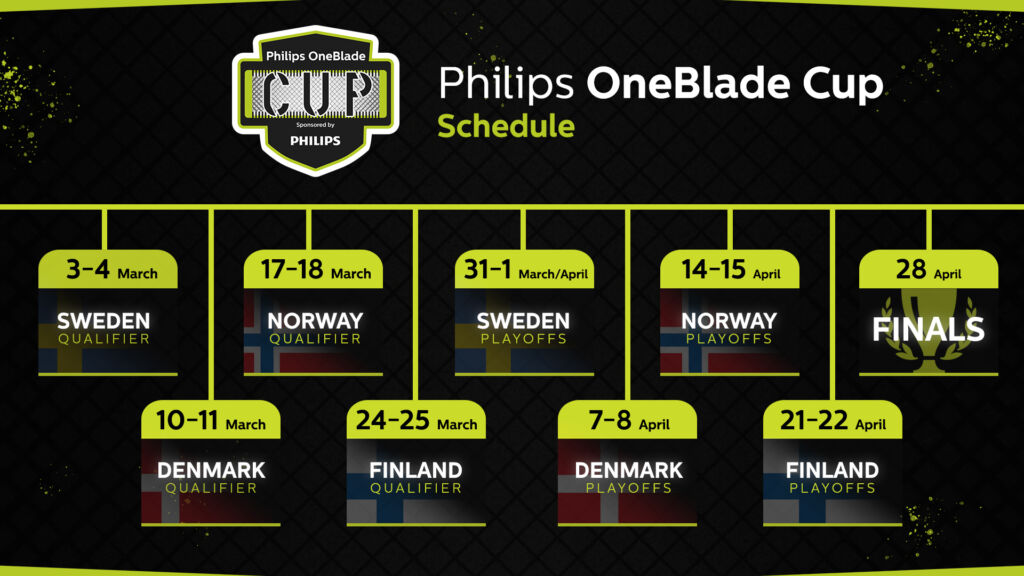 Here are the dates for all tournament stages.

The grand finals are played on April 28th.

The tournament is played with the following squad restrictions:

Both the regional playoffs and the grand finals will be broadcasted with commentators on the Fragbite Twitch Channel.

Any cookies that may not be particularly necessary for the website to function and is used specifically to collect user personal data via analytics, ads, other embedded contents are termed as non-necessary cookies. It is mandatory to procure user consent prior to running these cookies on your website.

Analytical cookies are used to understand how visitors interact with the website. These cookies help provide information on metrics the number of visitors, bounce rate, traffic source, etc.

Advertisement cookies are used to provide visitors with relevant ads and marketing campaigns. These cookies track visitors across websites and collect information to provide customized ads.